Prior to World War II, approximately 2,000 people resided in the eastern Washington towns of Hanford, White Bluffs, Richland, and the surrounding area. Most were agricultural families who operated farms, ranches, orchards, and vineyards and produced such commodities as wheat, milk, apricots, peaches, and grapes. In 1943, as a result of the ongoing battles of both the European and Pacific Theaters of World War II, the United States government had set its sights on the Columbia Basin area as the site for a top-secret wartime enterprise known as the Manhattan Project. Beginning in January 1943 the unsuspecting residents of Hanford, White Bluffs, and Richland began receiving federal notice to vacate and acquiesce to the federal government purchasing their land for “fair market value.” Today, only three structures from this all-but-forgotten pre-WWII era remain, one of which stands isolated in the far northwest corner of what is now the Hanford Nuclear Reservation. The Bruggemann Warehouse is the only intact building on the bygone 406-acre Bruggemann homestead. The structure is now part of the Manhattan Project National Historical Park at Hanford.

Paul Bruggemann was born in Schwetzingen, Germany in 1898, and according to his son Ludwig Bruggemann, after serving in the Great War, “my father wanted to become a farmer.” In 1937 Paul purchased the 406-acre Von Herberg cattle ranch in eastern Washington along the Columbia River to do just that. In October of the same year he married his second wife Marry E. Hoard. The couple lived on the ranch for 6 years, welcoming two children during that time, Ludwig Bruggemann in in 1938 and Paula Bruggemann (Holm) in 1940.

The ranch that Bruggemann purchased came equipped with an impressive irrigation system, including a private pumphouse, used to distribute water directly from the Columbia River. Farmers who did not have direct access to the Columbia River resorted to drilling wells hundreds of feet deep in order to reach the area’s water table. Conversely, many of Bruggemann’s neighbors along the Columbia River would have been using wooden flumes or pipes (both above and below ground) to move and distribute water on their land. Bruggemann’s irrigation pipes, however, were made of vitrified clay tile. In the arid environment of eastern Washington this advanced and extensive irrigation system proved to be a significant advantage for Bruggemann and his endeavor of transforming the large cattle ranch into a primarily fruit producing farm. Ludwig explains that the pump house was used to divert river water up the sloped land to a ditch system on the opposite side of the farm, which was then left to flow back down the slope, over the farmland, and back to the Columbia River. Ludwig also recalls that the pump house for the farm’s irrigation system was often not working properly, “I think every week he had a problem with that pump house.” Bruggemann began the process of cultivating the land, dedicating 60 acres to soft fruits such as grape vineyards and orchards that produced apricots, peaches, and plums. Bruggemann also planted 11 acres of alfalfa, likely used as feed for the goats, rabbits, and sheep that were also raised on the farm.

Paula recalls that there was no need for her father to construct anything on the farm as there were several existing buildings ready for use including a farmhouse, silo, horse barn, cookhouse, garage, and storehouse. Uniquely, the house and the cookhouse were both constructed using glacial erratics from the Columbia River set into concrete. Over the years, the cookhouse eventually came to be mistakenly referred to as a warehouse due to the assumption that it was meant to store the soft fruit after harvest. This assumption, however, was incorrect. Paula corrects the historical record by explaining, “no, that was a cook house, and my grandma was the chief cook along with my mom and my mom’s sister.” Ludwig explains the challenge their mother faced while on the farm: “my mother was always very much loaded with work and cooking… It was a real burden for her.” The women were responsible for feeding not only the family, but a number of farm hands employed on the ranch as well. This meant that during the harvest season, arguably the busiest time of year for any farmer, they were cooking for upwards of 100 people, certainly a harrowing task for anyone. This would have been made all the more challenging by the relatively primitive cooking tools Mary would have used as well as the lack of a nearby grocery store – the closest one being in Sunnyside over an hour away.

Ludwig, who would have been around 5 in the summer of 1943, remembers when two military jeeps arriving at the Bruggemann homestead. The occupants of the vehicles presented Paul Bruggemann with a notice from the United States Engineering Office of the War Department stating that as of July 14, 1943 the family had until September 30, 1943 to vacate the premises. The federal government hired several appraisers to evaluate the land and determine its value. It was eventually decided that the “fair market value” for the Bruggemann farm, including for all the buildings, structures, and crops, was $67,000.00 - $1,018,772.66 in today’s value. Paul Bruggemann, however, was dissatisfied with this estimation, and ultimately took his case to court where he demanded what he felt he owed. When asked by the courts what his profits were and what he thought the fair value of the land should be, Ludwig explains how his father was unable to provide an accurate estimate, saying, “I don’t have any profits yet. I built up that farm and I had my first crop on the trees when your two jeeps drove in.” Bruggemann was uncertain what the full profit he stood to make from the sale of his fruit because his first full fruit crop was waiting to be harvested when he received the notice to vacate his property. Unfortunately, there are no records of the outcome of this court case.

While extended family members who had lived on the farm – Mary’s mother, sister, and brothers – relocated throughout the Pacific Northwest, the nuclear Bruggemann family moved to Yakima, Washington where Paul eventually purchased another farm. Being only 12 acres, his new farm was significantly smaller than the first, meaning that Bruggemann was able to work the land himself, becoming even more self-sufficient. Ludwig and Paula spent the rest of their childhood in Yakima. While Paula remained in the area, Ludwig eventually immigrated to his father’s native country of Germany. Paul Bruggemann passed away in Yakima in June of 1988 at the age of 89. Seventeen years his junior, Mary Bruggemann lived in Yakima for another 18 years until she passed away in March of 2006. 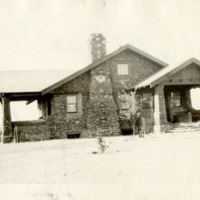